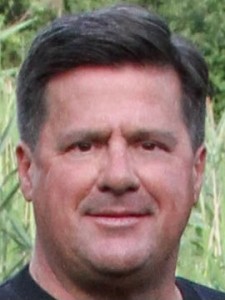 Mr. Chapman was born in 1961 in Mt. Clemens, Michigan, raised in southeastern Michigan, and is a founding member of the law firm.  His practice focuses on all phases of businesses from the organization of emerging enterprises to the disposition of businesses. Mr. Chapman’s business experiences have included transactions in Germany, Mexico, Canada, England and Brazil.  He has extensive expertise in taxation, succession planning, wealth transfer and estate planning for businesses, owners and individuals.  His true enjoyment in practicing law for more than 30 years is reflective in a range of clients from those that conduct business as small physician groups, manufacturers and general service providers, to those that are organized to conduct business in all of the 50 United States and each of its territories, to the individual needing help with their parent’s estate.  As a trusted lawyer and advisor who prides himself in providing highly personalized representation, Mr. Chapman receives frequent client referrals from current clients, financial planners, certified public accountants, and fellow lawyers.

Mr. Chapman is AV (preeminent) rated by Martindale-Hubbell.  He is admitted to practice before the United States District Courts, Eastern and Western Districts of Michigan, the United States Court of Appeals, Sixth Circuit, and the United States Tax Court.  Dan is a member of the Lutheran Christian brotherhood, avid Harley rider,  gun enthusiast, has three grown children, and resides with Janet, his wife of +30 years, in Troy, Michigan.